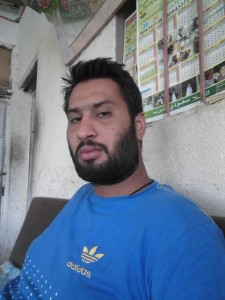 Even in death, the work migrant worker is not free from the kafala system (a form of bonded labour): 25 year old Indian work migrant, Amritpal Singh from Gurdaspur, Punjab travelled to Riyadh, Saudi Arabia to work at a transport company called ‘Al-Qtaibi Transport’ to work as a driver.

On the 5th of October 2016, Amritpal Singh was struck by a speeding car driven by a Saudi national, whilst Amritpal was crossing the road on foot to take a tea break. He was hospitalised however, he passed away on the 11th of October, 2016 as result of the injuries he sustained.

Amritpal’s distraught family filed all the official documents required to repatriate his body to India. It is now over three months and Amritpal’s body continues to remain in a hospital in Ridyah. The hospital is refusing to release his body unless their invoice is settled in full.

Amritpal had all the necessary medical insurance coverage in palace. He has salary outstanding and due to him. His employer continues to withhold his Indian passport (the practice in the Gulf States to confiscate the work migrant’s passport upon commencement of employment) and the owners of ‘Al-Qtaibi’ are refusing to make the payment and are failing to cooperate with the Indian Mission to ensure the repatriation of Amritpal’s body so that his grieving family can attend to his cremation in accordance with their Sikh beliefs which require cremation of the body within a strict time frame.

What is the ‘kafala’ system?