The Case of 1970’s Indian POW Sepoy Jaspal Singh – is this One of the First Cases of Rendition? 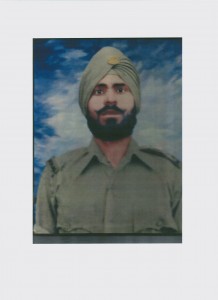 The following information was received on the Tuesday 18th of September 2012 following a telephone conversation with Indian national Mr Sukhdev Singh.

Mr Sukhdev Singh is a carpenter by trade. He said that in Oman he was employed to work at a prison onMasirah Island Oman. Mr Sukhdev Singh’s role was to install kitchen and kitchen equipment at the prison.

Mr Sukhdev Singh said he was required to travel from Gala City by ferry/boat to Masirah Island to work at the prison.  Masirah Island is an isolated island and the prisonaccommodates about 2, 5000 prisoners.

That he was approached by a man named Jaspal Singh who recognised Mr Sukhdev Singh to be a Punjabi. The man confirmed in Punjabi that he was Sepoy Jaspal Singh of Punjab Regiment and that he was captured by the Pakistani Army at Hassainiwala near the Ferozpur border along with 4 more soldiers on the 4th of December 1971. They were all detained in a Pakistani prison between 5-6 years and then transferred to Masirah Island Prison in Oman and some prisoners were transferred to other prisons.

Sepoy Jaspal Singh confirmed that his wife’s name is: Mrs Baljit Kaur. Sepoy Jaspal Singh appealed for help in securing his release and asked Mr Sukhdev Singh to contact his family which he did upon his return to India.

The Government of Oman was reminded of Sepoy Jaspal Singh’s status as a ‘Prisoner of War’ under international law and the protection afforded by this status. The Omani Government has no legal right or authority to detain an Indian PoW.

It appears that there is a possibility Pakistan moved the Indian PoWs to different prisons – outside Pakistan jurisdiction andpresumablywith the agreement of Oman. It may explain why successive governments of Pakistan have failed to acknowledge that the Indian PoWs are “not in Pakistan”.  Forty years on both the Indian Government and the international community has failed investigate the matter and therefore acknowledge the existence of these PoWs. These cases warrant the same level of respect and due diligence in their investigation as the investigations of war crimes since the Second World War.

Once the facts of this case have been verified the actions of both Pakistan and Oman will amount to an act of war and crimes against humanity.

The authorities in Oman continue to maintain that they do not currently have any Indian nationals in their prisons. They accept that there is a prison on Masarih Island Oman which is a new complex built 6 years ago.

It has been acknowledged that there is an old prison on Masarih Island known locally as the ‘Old Jail’ in Oman.

There is a possibility that Sepoy Jaspal Singh is in bonded labour in Oman – possibly working for an official. Despite bonded labour being criminalised internationally, it is practised in the region.

A group of publicity seeking Indian business men in Oman jeopardised the search for Sepoy Jaspal Singh by exercising a heavy handed approach with very little understanding  and comprehension of the situation.

The press in Oman including the ‘Times of Oman’ to publish an appeal in their publication urging Sepoy Jaspal Singh or anyone who knows him to contact the Indian Embassy in Oman. ‘The Times of Oman’ has failed to respond to this request. It is a state owned publication and therefore not much is expected from them. 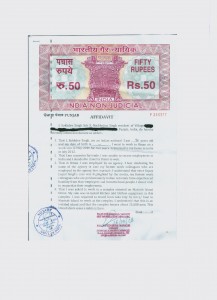 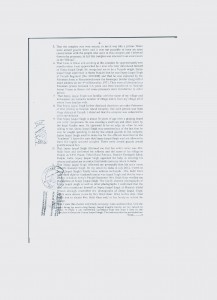 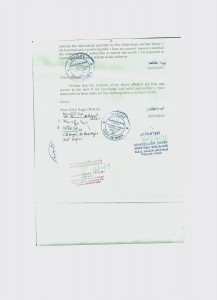 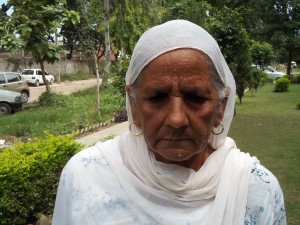