Released!- Jennifer Dalquez Acquitted of the Murder of Her Emerati ‘Employer’ 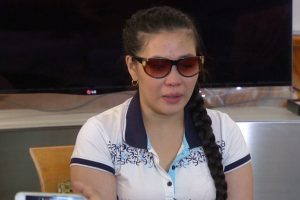 Friday 2nd of November, 2018: Justice Upheld is delighted to report that Jennifer Dalquez, the Filipino migrant worker who was eventually acquitted of the murder of her ‘employer’ in the United Arab Emirates, was released and repatriated to her family on Friday.

Justice Upheld was actively involved in the campaign to highlight the injustice in Jennifer’s case and was instrumental in halting her pending execution following her summary trial.

Jennifer was subjected to physical and sexual abuse by her ‘employer’. Throughout her case, Jennifer maintained that her assailant was killed when he attempted to rape at knifepoint. Jennifer resisted and fought back. During the ensuing brawl, the perpetrator was killed by Jennifer  with the knife he used as she attempted to defend herself.

Campaign to save Jennifer Dalquez from Execution