Modern Slavery: No Respect for the Dead 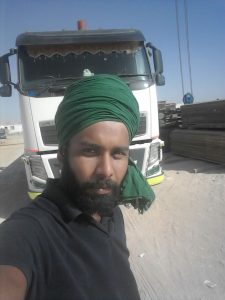 On the 18th of February 2018, Mr Singh died in following road traffic collision. His body was repatriated to India on Friday 18th of May 2018, that is three months after his death.

We at ‘Justice Upheld’ are extremely concerned to learn that Mr Gurmeet Singh’s body was badly decomposed which suggests that it was not stored or cared for following his death. The brief undated  ‘Death Report’ prepared by Dr Ibrahim Mustafa received from the ‘Duba General Hospital, in Saudi Arabia states that the ‘expected cause of death’  was ‘Brain haemorrhage with bloody neurological shock’.  The report incorrectly states that  Mr Singh is 30 years of age when he was in fact  25 of age at the time of his death. The sparse report lacks thoroughness required  and expected  of a post mortem report. It appears to be used as a mere procedure to repatriate the body.

‘The report fails to record the care and methods used to to store the body following the collision  and subsequent admission into hospital and during transit to India. The current state of Mr Singh’s body suggests that no care was taken.

The report is accepted by the Indian authorities without question. The family have been advised to arrange a secondary Post Mortem report. This has to be authorised by the Superindent of the Police or by the District Magistrate. In this case the Indian authorities have decided that the body is too decomposed and rigor mortis has set in. They have determined this without considering independent medical evidence.