Modern Slavery: 6 Indians and 1 Sri Lankan Sailors Abandoned on The ‘Sharjah Moon’ For Over 18 Months 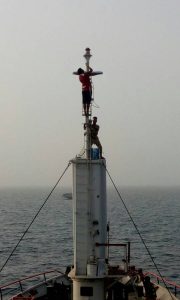 Captain Jai Prakash Bhadri and his crew are abandoned on the ‘Sharjah Moon’ ship for nearly eighteen months – in one case, a crew member has been detained on this ship for two and a half years. The company which owns the ‘Sharjah Moon’ refuses to provide an explanation as to why these men are detained and refuses to engage with them. The crew have been abandoned.

Syed izaz Hassan, a  Pakistani national who runs the  company ‘Alco Shipping Services’ to which the ‘Sharjah Moon’ ship belongs to, has refused to pay the men their salaries for the last two years in two cases and for the the last eighteen months in the rest of the cases. Syed has confiscated the passports of the seven men thus preventing them returning to their home countries.

The men are denied access to  fresh food and water. They have been provided with contaminated water which is unfair for consumption. They are further denied access to basic amenities including persons, protective equipment. The ship has been described to be unseaworthy. The crew fear for their lives and safety on a daily basis.

The ‘Sharjah Moon’ is currently berthed at Sharjah Hamriyah Port in the UAE.

One of the crew members, Mr Harendra Singh said that his father passed away, he begged to be allowed to return to a india to attend to his father’s funeral however, Alco Shipping Services and Syed ignored his pleas. Another crew nember was denied urgent medical treatment following his kidney infection.

It is alleged by the crew that Syed claims that he is holding the seven men in revenge for India’s surgical strikes against Pakistan along the Line of Control in October/November 2016.

The actions of Alco Shipping and its owners are a criminal; they do not have any right to detain the men in the appalling degrading and inhumane conditions. This is a case of gross abuse of human rights.

Justice Upheld is in daily contact with the men and are doing everything necessary to ensure all seven me are safely repatriated to their home countries as a matter of urgency.

Stranded Sailors Pleading to be Repatriated 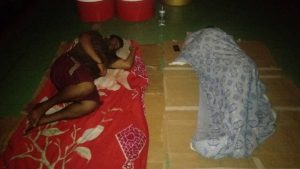 The crew of the ‘Sharjah Moon’ are expected to sleep on the deck. Alco Shipping has failed to provide them with bunkers. 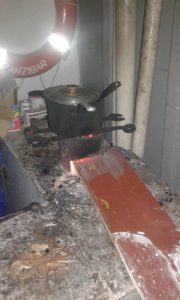 Basic and unsafe cooking facilities on board the ‘Sharjah Moon’. 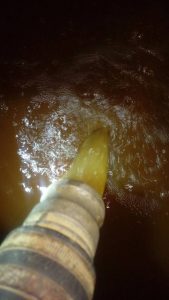 The crew are expected to consume and use contaminated water

The crew are expected to consume and use contaminated water 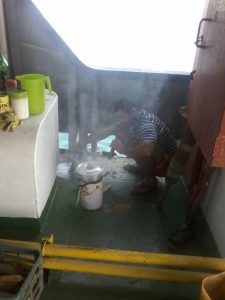 Appalling living conditions on aboard the ‘Sharjah Moon’