Plight of Migrant Workers: Jennifer Dalquez – Sentenced to Death by a Court in the UAE 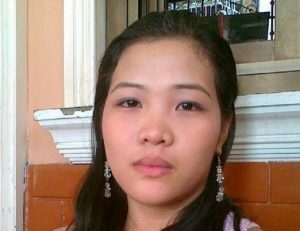 Justice Upheld  supports ‘Justice 4 Domestic Workers’ campaign to save Jennifer Dalquez from the death penalty. We have been actively involved in liaising with international human rights organisation in relation to Jennifer’s case.

Jennifer Dalquez aged 30, a single mother of two children aged 8 and 5 is a Filipino national who travelled to Abu Dhabi, U.A.E to work as a domestic worker to support her children and her parents.

On the 14th of December, 2014, Jennifer Dalquez was confronted by her Emirati employer who attempted to rape her at knife point. Jennifer desperately fought back to save her life. She managed to turn the knife back on to her assailant during the struggle . As a consequence of Jennifer’s actions, her assailant was fatally wounded. Jennifer adamantly maintains her actions were in self defence. Her priority during the course of this incident was to save her life first and foremost.

Medical evidence obtained at the time of Jennifer’s arrest confirms that during the run up to the incident, Jennifer suffered a history of gross physical abuse at the hands of her employer; she had bruises and cigarette burns on her arms which she alleged were perpetrated by her employer.
Further, prior to this incident and in the early days of her employment as a domestic worker at the victim’s home, Jennifer claims that she had been subjected to daily unwelcomed attention from him including mental intimidation, assaults, physical violence and molestation. Jennifer lived in constant fear and was frightened to be left alone with him.

Jennifer was due to return home in January 2015 and she had been looking forward to returning to the Philliphines to be with her children and the rest of her extended family.

In May 2015, Jennifer was convicted of murderIng her Emirati employer by the Al Ain Criminal Court and subsequently sentenced to death for killing her abusive employer despite her plea of self-defence.

Jennifer’s family and supporters of the ‘Save Jennifer Dalquez Campaign’ lodged an appeal against Jennifer’s conviction and her sentence. This appeal was scheduled to be heard in court on the 27th of March, 2017. It was adjourned to the 16th of April, since a member of the deceased assailant’s family failed to attend the hearing on the 27th of March. However, two members of the family failed to attend the hearing on the 16th of April. The case has now been adjourned to the 26th of April, 2017.
The appeal processs entails the Judge asking the deceased Emirati’s children to swear fifty times, before the Court and in the name of the Muslim faith that Jennifer Dalquez is the only person they know who killed their father and not any other person. Jennifer is not allowed to plead her defence and/or allowed to mitigate.
If the children of the deceased proceed to swear in the terms requested of them, then the Court will sentence Jennifer Dalquez to death. However, if the children refuse to swear the same in Court, then Jennifer Dalquez will be ordered to pay blood money in the sum of Dh200,000 (£44,300) to the victim’s family in addition to serving a prison sentence, which will be decided and determined by the Court.
Jennifer’s distraught parents Mr Abdulhamid Dalquez and Mrs Rajima Dalquez who live in the poor area of General Santos City in the Philliphines where Jennifer was born, are desperately appealing for support and release of their daughter.
In May 2015 the Al Ain Criminal Court of the first instance, sentenced Jennifer to death sine then Jennifer’s family, friends and supporters have all worked hard to appeal against the guilty charge and sentence.
Jennifer Dalquez is not a murderer – Jennifer is a young woman, a mother, a citizen of the Philippines, a work migrant who travelled thousands of miles to the U.A.E. with the sole motive to do her level best and provide for her family.

Senator Cynthia Villar calls for Jennifer Dalquez to be freed