Flt. Lt. Lloyd Moses Sassoon – Who Were the Indian Prisoners of War Captured during the 1971 Indo-Pak War 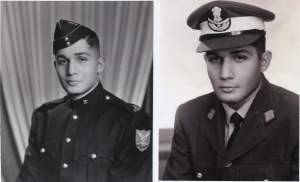 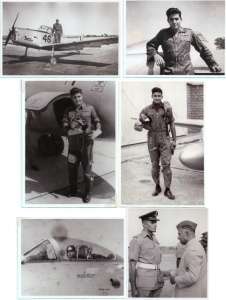 During one of the sorties during the course of the Indo-Pak War in 1971, which took place on the 4th of December 1971,   Flt. Lt. Lloyd Moses Sassoon’s plane was shot down. Shortly after this incident, the Pakistani national television paraded the Indian fighter pilots captured alive and detained by the Pakistani security forces. One of these pilots was identified by a number of sources to be Flt. Lt. Lloyd Moses Sassoon. His fate after this broadcast is unknown.

The Red Cross outlines the status of prisoners of wars and other detainees:

“The third [1949] Geneva Convention provides a wide range of protection for prisoners of war. It defines their rights and sets down detailed rules for their treatment and eventual release. International humanitarian law (IHL) also protects other persons deprived of liberty as a result of armed conflict.

The rules protecting prisoners of war (POWs) are specific and were first detailed in the 1929 Geneva Convention. They were refined in the third 1949 Geneva Convention, following the lessons of World War II, as well as in Additional Protocol I of 1977.

The status of POW only applies in international armed conflict. POWs are usually members of the armed forces of one of the parties to a conflict who fall into the hands of the adverse party. The third 1949 Geneva Convention also classifies other categories of persons who have the right to POW status or may be treated as POWs.

POWs cannot be prosecuted for taking a direct part in hostilities. Their detention is not a form of punishment, but only aims to prevent further participation in the conflict. They must be released and repatriated without delay after the end of hostilities. The detaining power may prosecute them for possible war crimes, but not for acts of violence that are lawful under IHL.

POWs must be treated humanely in all circumstances. They are protected against any act of violence, as well as against intimidation, insults, and public curiosity. IHL also defines minimum conditions of detention covering such issues as accommodation, food, clothing, hygiene and medical care.

The fourth 1949 Geneva Convention and Additional Protocol I also provide extensive protection for civilian internees during international armed conflicts. If justified by imperative reasons of security, a party to the conflict may subject civilians to assigned residence or to internment. Therefore, internment is a security measure, and cannot be used as a form of punishment. This means that each interned person must be released as soon as the reasons which necessitated his/her internment no longer exist.

Rules governing the treatment and conditions of detention of civilian internees under IHL are very similar to those applicable to prisoners of war.

In non-international armed conflicts, Article 3 common to the 1949 Geneva Conventions and Additional Protocol II provide that persons deprived of liberty for reasons related to the conflict must also be treated humanely in all circumstances. In particular, they are protected against murder, torture, as well as cruel, humiliating or degrading treatment. Those detained for participation in hostilities are not immune from criminal prosecution under the applicable domestic law for having done so.”

Prisoners of war MUST be:

Prisoners of war must NOT be:

The fourth Geneva Convention (“Relative to the Protection of Civilian Persons in Time of War”) covers all individuals “who do not belong to the armed forces, take no part in the hostilities and find themselves in the hands of the Enemy or an Occupying Power”.

The Pakistani authorities should be able to provide copies of the detention records in relation to the POWs as required under the Geneva Conventions. If and when the POWs died in Pakistani custody, their bodies, belongings and identity should have been repatriated to India.

Geneva Convention 1949 in relation to the treatment of prisoners of war: https://www.icrc.org/eng/assets/files/publications/icrc-002-0368.pdf