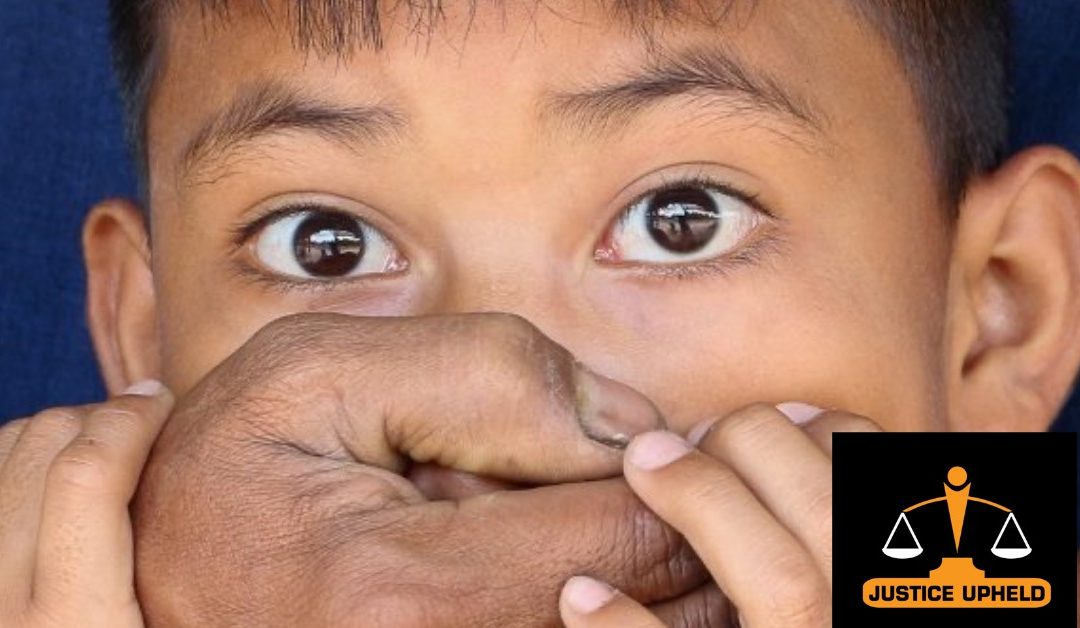 Remarkably, the right to health was not considered a fundamental guarantee in the Indian Constitution at one point. Despite this it was provided as a requirement in the directive principles of state policy, and the framers of the Constitution originally thought it unjustifiable, possibly because of the poor economic situation and infrastructure of the country at that time.(1)

However, the Indian judiciary through several judgments delivered over time and in many important cases, (1) has engaged in what could be called judicial activism. The judiciary has interpreted the right to health as a fundamental one  under article 21 of the constitution. Reinforcing that the right of a person over their own body is a basic fundamental right now acknowledged by the Constitution.

Therefore, the trafficking of human organs does not only violate the victim’s fundamental rights to live with dignity and freedom, but also has the potential to cause serious life and health consequences.

As per a World Health Organisation (WHO) report, India is the largest exporter of human organs internationally,(1) and there is no doubt that the majority of them fall under illegal organ trading. As demand for human organs is increasing worldwide, offences related to organ trading significantly increase, growing directly proportional to human rights violations. Particularly in marginalised and vulnerable sections of society.

Organ trafficking involves so called respectable, yet definitely influential professionals such as doctors, nurses, politicians as well as the police. This means that combating such offences becomes even more difficult. Trafficking in human beings themselves for the purpose of organ removal and the human organ trade also regularly takes place, and is a grotesque injustice, thankfully also universally condemned. 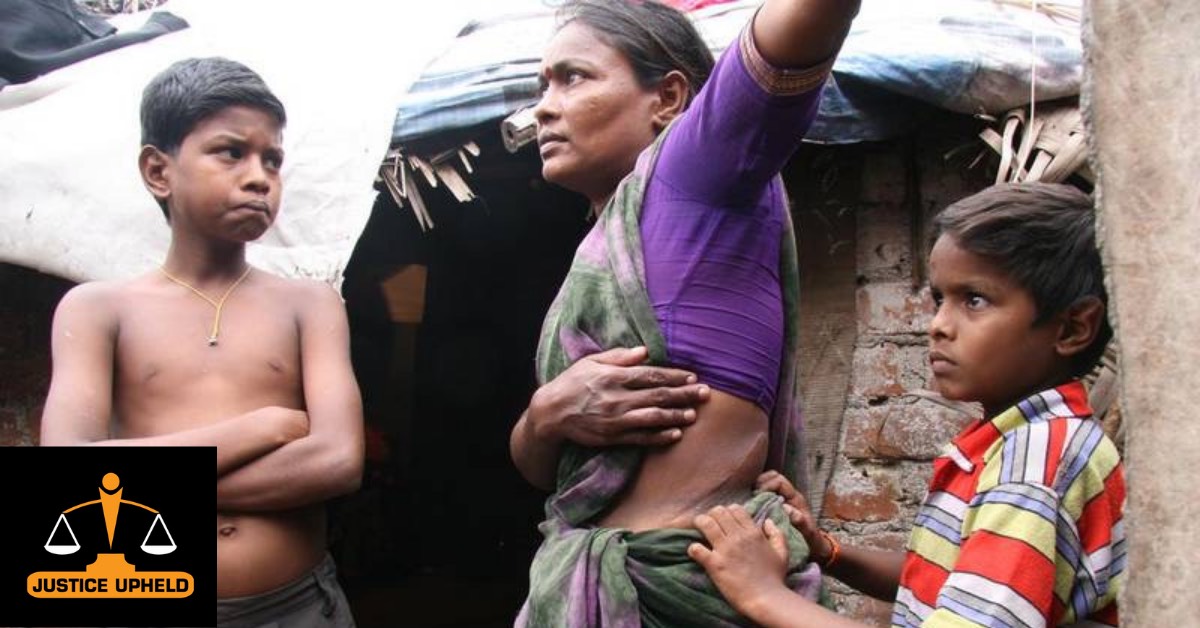 The Declaration of Istanbul in 2008 defined organ trafficking for the first time in history as “Organ trafficking includes transport, transfer, harbouring, recruitment, receipt of living or deceased persons or their organs by either fraud, coercion, force or any other illegal means. For money or wealth from third parties through such exploitations of potential organ donors.” (2)

The elements of organ trafficking articulated by the Council of Europe Convention against Organ Trafficking are mentioned below:

The commercial transactions of a human organ are illegal under the law in India until and unless the Indian legal framework legally permits any organ transplantation. (3) 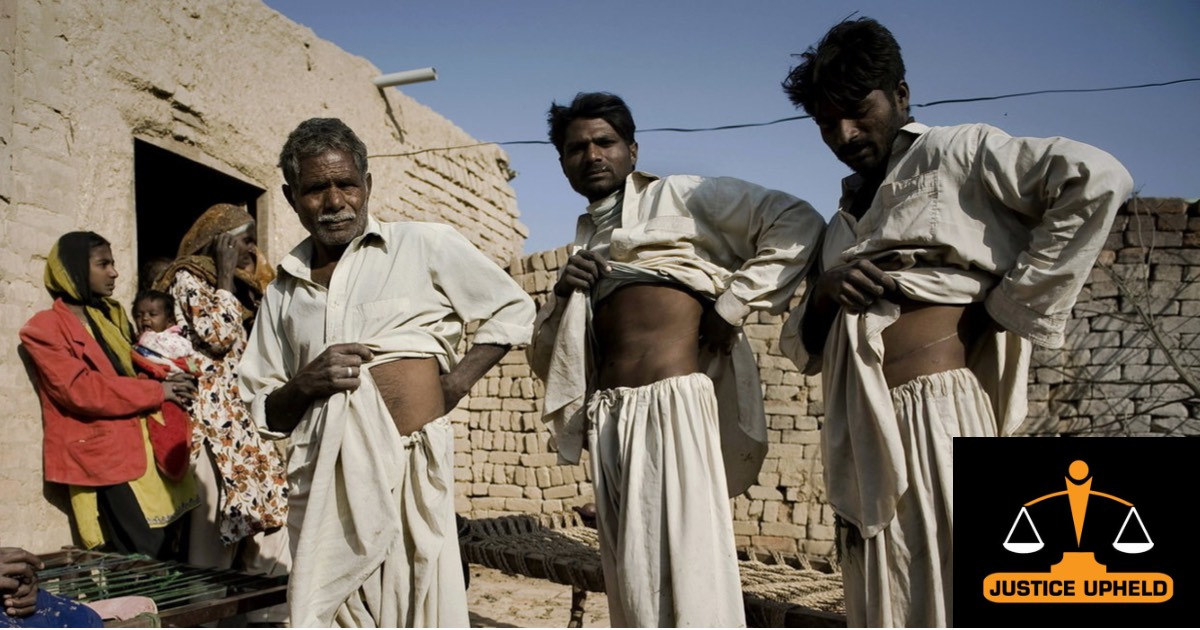 Victims of organ trafficking in India:

There is not much data available regarding those whose organs are removed and the long-term effects on them as according to many of the surgeons of cities like Chennai, Bangalore, Delhi and Mumbai. Where transplantation surgeries were happening confirmed that it was difficult to get the data, and it was almost impossible to trace the kidney seller after the procedure. (3)

However, the reality is those kidney sellers are usually from urban slums as well as other poverty prone districts. This led to the following observation:

The constitution of India guarantees the right against exploitation which also involves organ trafficking which is closely linked with human trafficking. As mentioned, the right to health and the right of a person over their body is an integral aspect of article 21. Article 21 provides the right of every Indian citizen to live with dignity. If a person commits or is involved in organ trafficking of children or an elderly person for monetary purposes, or perpetuates the offence of kidnapping. They may be penalised under section 360 (3) of the Indian Penal code along with the provision of Transplantation of Human Organs Act, 1994. (3)

The Transplantation of Human Organs Act 1994 provides a regulation framework which in theory should enable an individual that needs an organ to be able to get one. The Act is aimed to encourage and regulate organ donation between the near relatives out of love and affection. Consensual donations in the case of deceased donors and the kin of the deceased have been given the authority to donate organs if the potential donor has no objection and has never objected in his or her lifetime. 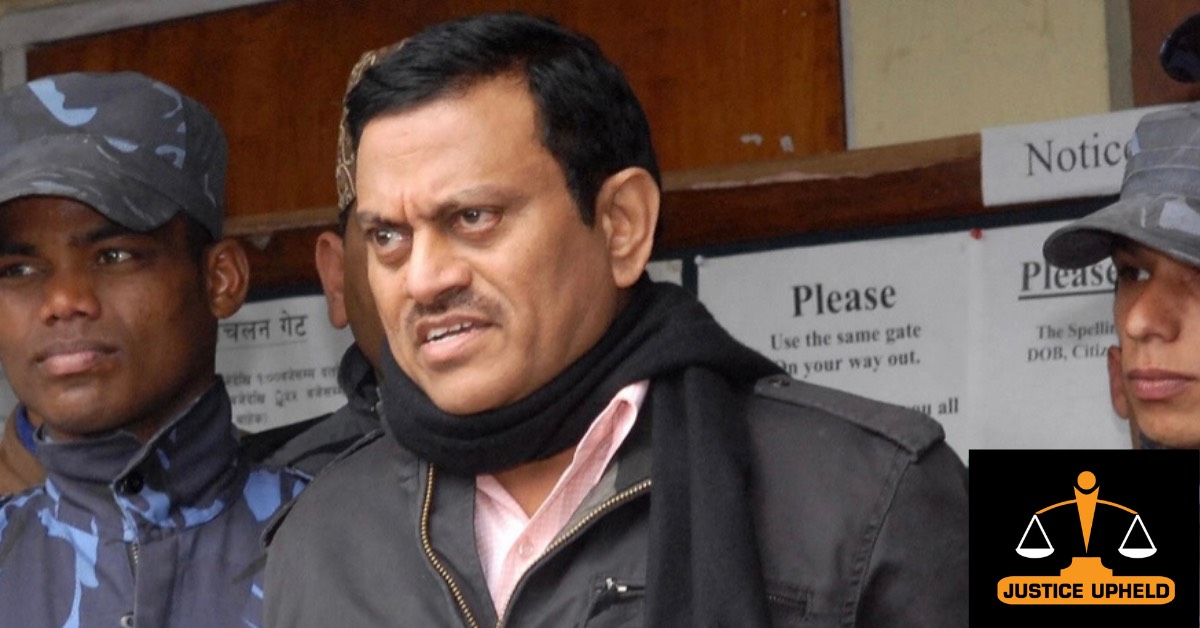 Dr. Amit Kumar (above) who operated a multi million dollar organ harvesting operation. Pictured here after his arrest in Nepal.

Such consensual donation can be of no use if the family members of the deceased have any kind of objection. Organ transplantation amongst near relatives with the permission of the authorising committee is provisioned for under section 9 of the Act.

Similarly, the limitation provided in the Act fails to recognise organ trafficking with an increase in demand for organ donation.

In the year 2011, an amendment to the Act was passed to eliminate the shortcomings of the 1994 Act. Under the provision of this new Act, living persons can also donate their organs. The doctors were told to inform the patients about the option of organ donation otherwise  the doctor would be liable for punishment under this new amendment. (3)

However, even after this 2011 amendment, the new Act cannot be praised because somewhere the criticism didn’t end. The role of the authorising committee was not described properly, leaving limited infrastructure available to make arrangements for securing most of the provisions of this law.

The reality of organ trafficking:

Organ trafficking remains one of the most severe areas of exploitation that is not being taken seriously. Losing an organ potentially leaves a lifetime of health consequences that both the donor and the recipient could potentially suffer. This is usually put to one side though as the financial gains of those involved are usually a higher priority. Low supply and high demand for organs lead to the crime of trafficking, and a lack of clarity often surrounds how this crime can happen.

According to global financial integrity, 10% of all organ transplants including lungs, heart and the liver are facilitated with trafficked organs. The organ most trafficked illicitly is the kidneys. According to the WHO, 10,000 kidneys are trafficked annually. That is more than one every hour.

The buying and selling of organs are illegal in many countries. Iran is the only country in the world where organ trading is legal but this only applies to Iranian citizens. Conversely, there are only a few laws that forbid an individual leaving their country to receive an organ from someone abroad. According to global financial integrity, it is estimated that the illicit organ trade conservatively generates between $840 million and $1.7 billion. (3)

Even assuming that it is difficult for banks to detect such financial transactions, it is not impossible. Certain red flags may include the following indicators and when combined could present suspicious behaviours:

The first successful organ transplants in India was that of kidneys in Mumbai in 1967 (3) After the enactment of the 1994 Act, it was expected that organ trafficking would be reduced. The reality was that the act provided  scope for illegal organ trading with an increase in corruption. Under section 9(3) of the act, it is mentioned that the authorising committee can approve organ transplants based on an affidavit filed by the applicant, but later it was found that there is no relationship between the organ donors and the receivers. (3)

The well known case of Dr. Amit Kumar highlighted more problems and transgressions. Foreign labourers were treated as live donors with the promise of being paid 3 lacs of rupees, and it was alleged that Amit Kumar used to charge approximately $50,000 for each operation. It was later revealed that he made 500 such illegal transplants. (3)

After a lot of investigating, it was found that around 2,000 Indians sell a kidney each year. Similarly, an NGO (Non Government Organisation) named Bachpan Bachao Andolon held the dead bodies of children which were later found to have missing organs. The police refused to register the case as organ trafficking and murder, instead logging it as kidnapping.

As highlighted in our article highlighting that a child goes missing in India every 8 minutes, (that’s around 50,000!) how many of these missing children are kidnapped and operated on against their will we simply do not know.

Against the backdrop of there being 0.6% of officially registered donors for every 1 million citizens, human trafficking and organ harvesting continues to grow at an alarming rate.

There is a need for 150,000 – 200,000 kidney donors, but only 3,500 people can currently have their needs met through official channels. As a consequence, organ trafficking is likely to increase further in India in the coming years. An analysis of the Act of 1994 and the Act of 2011 shows that they are not uniformly applicable since health is considered a state subject. Many of the poor people suffering from end-stage kidney disease (ESRD) in India do not have access to any treatment. Diabetes and hypertension diagnosis and treatment can prevent renal failure in a country like India and is more cost-effective. The brokers, the doctors, the transplant centres, and the drug companies are the main beneficiaries of the kidney trade, even more so than the kidney buyer.

Organ trafficking happens mostly through ‘five star’ hospitals offering transplant tourism services. There are a number of loopholes in the law (THOA) and implementing a mechanism that allows those in the kidney market to sustain the market (even though the government has enacted both).

In addition, it has also provided scope for the illegal trade of organs in India, for which an all-Indian law is required, which the Parliament can implement by invoking Sections 249 and 252 of the Constitution.

Consequently, the law should give more importance to the consent of the deceased, since it is the right of the deceased to decide on the disposition of their body, which should not be violated if such deceased decided to donate his or her organs after death, only to secure family approval on moral grounds. Getting the law properly implemented and increasing the number of organ donors depends on further success in this area.

Healthcare professionals, as well as the general public, should be educated about the importance of organ donation through organised strategies. We need to involve media, religious leaders, and educational institutions, as well as the Indian Society of Nephrology which would be a valuable collaborator in this process.

Across all of this though, the Government of India needs to activate and strengthen its Anti-Human Trafficking Units (AHTU).

The elimination of organ trade and trafficking requires international collaboration because these are transnational issues. Countries with an affluent population will need to educate their citizens, including healthcare professionals, on the importance of observing laws against the sale and trafficking of organs and encouraging altruistic living and deceased donation.

To meet the increasing demand for organ transplantation in India, spreading awareness regarding organ donation is essential. In order to curb corruption, the law needs to make clearer how the Authorising Committee functions. Transparency throughout all medical activities is also crucial for getting hold of the nexus involved in organ trafficking.