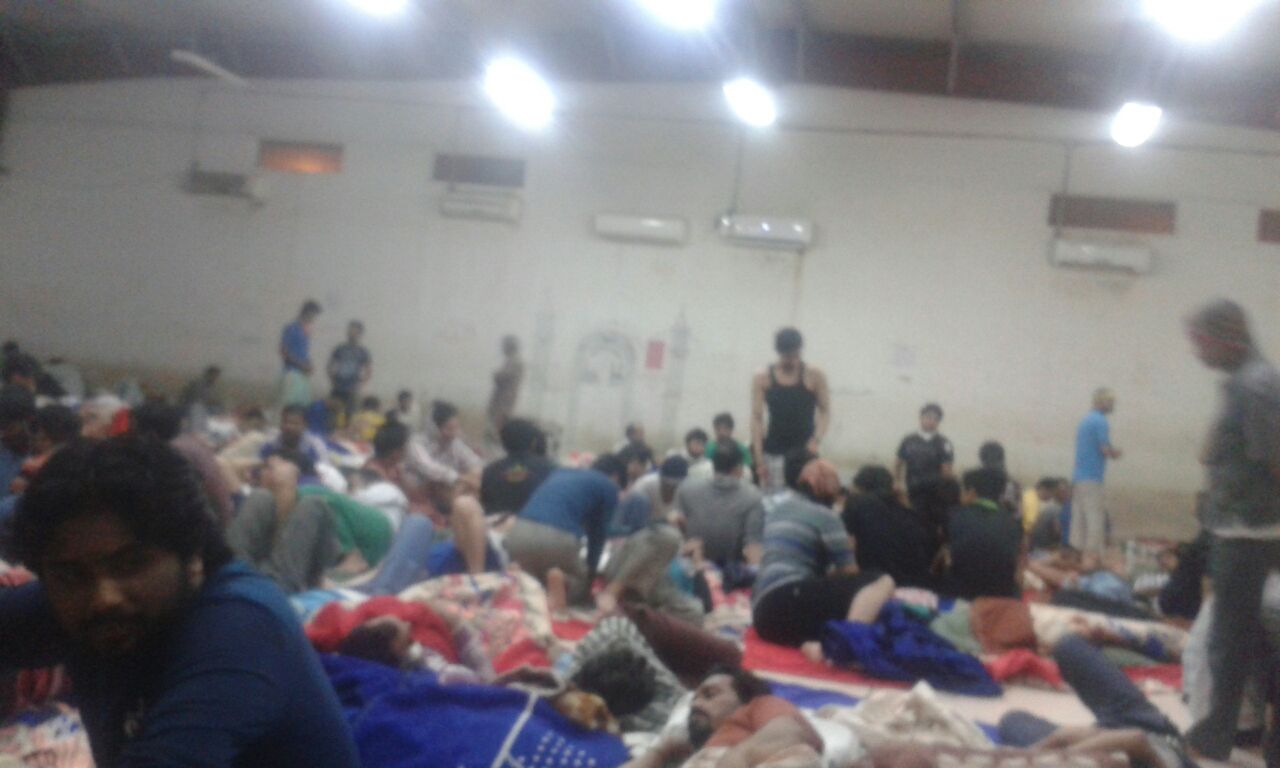 There are currently 400 Indian nationals in a detention centre in Riyadh, Saudi Arabia waiting to be repatriated to India. All 400 men are work migrants predominately from the Punjab who had travelled to Saudi Arabia to work.

A large number of these men were subjected to violent and brutal assaults by their employers which resulted in them running away and then picked up by the Police. The remaining men do not have the appropriate legal documents  and therefore do not have the right to work or remain in Saudi Arabia. Some of these men have been in detention for almost a year, waiting for the Indian Embassy in Riyadh and the authorities in India to prepare the necessary out passes for the men to exist. The Indian authorities take inordinate delay in processing these cases. In the meantime, very little is done by the Indian authorities to keep the detainees advised of their progress in ensuring their return home.

Conditions in the Detention Centre

The men are currently accommodated in a single room about 40 by 40 foot room with CCTV cameras and air conditioning but without any windows and therefore they are denied access to natural sunlight and fresh air. As a consequence, many of then are suffering from undiagnosed respiratory and viral problems. The men do not have access to medical assessment or treatment. They are denied access to doctors. Further they do not have access to outdoors or opportunities to exercise. These men are kept in this room twenty-four-seven for the duration of their stay which could be a couple of week, a few months or in many cases for over a year.

There are no beds or bedding; they sleep on the floor. The sanitation and hygiene conditions are abysmal. Access to showers is restricted. Most of the men only have one set of clothing since they did not have the opportunity to collect the same when they fled for the lives from their employers.

The quality of food and access to drinking water is extremely poor. It is alleged that some of the men have consumed contaminated water and are ill. Their conditions require immediate medical assessment and treatment. This has been reported to the attention of the Indian authorities but as yet no action has been taken by the authorities.

These migrant workers travel in the hope of improving their and improving the lives of their respective family’s lives. More often than not, these men have sold their land and/or taken out loans to fund their travel to work abroad in the hope of a better financial return than they would receive in India. Despair as a result of lack of decades of opportunities and development in their home states like Punjab force these men to leave their homeland.

Their work placements are arranged by Indian ‘recruitment agents’ who are unprofessional and unregulated. Their fees can total several thousand Indian Rupees. These agents fail to keep any records, receipts or copies of the agency and employment contracts. Their sole priority is to profit from the sorry plight of these men.

The migrants do not have the approach or any recourse of action against these ‘agents’. The Indian Government must regulate  recruitment agents and agencies which are  admittedly a necessary evil in the commercial development of India. Nevertheless, the employment rights and dignity of their nationals must be prioritised as of paramount importance.

Sadly, cases repeatedly demonstrate that Indian nationals are ignored by their own Missions; their problems and issues are often viewed with contempt by the point of contact staff at the Missions. Help is not forthcoming. It is alleged that the staff chastise their fellow nationals and even question them for daring to travel abroad!

The Indian nationals allege  that the staff at the Missions concerned rarely visit or contact the Indian nationals seeking help. When they do attend, they do not deal with the individual cases on a one to one basis; they speak to the group from outside the room in which the men are detained. They have no idea or understanding of the problems suffered by their nationals.

It is further alleged that the staff at the Mission are unable to provide an explanation for the delay in processing the exit passes required to return the affected to their families to India. The men are often, fobbed off with speculated timescales of weeks to months for their return. These projected timescales have no explanation or foundation.

These Indian nationals require Consular support, legal advice and often, as in the case in Riydah, they require immediate medical attention.

It is not clear what training and development advice the staff at the Missions receive but they certainly need to adopt professionalism as  well as a helpful and sympathetic approach in helping their fellow Indian nationals.

It is not clear whether the Missions have a complaints policy and procedure for their nationals – if they do, it is extremely difficult to locate and apply.

Indian nationals in trouble abroad are often victims fourfold; firstly, they are exploited by the ‘recruitment agents’ in their home country, secondly by the employers in the foreign countries and thirdly, by the staff at their Missions. In the recent cases, the men have returned home without their income since their foreign employers in many cases have not remunerated them for six months or more; their passports and official documents have been confiscated by their foreign employers; they have fled without their belongings and personal effects fearing for their safety; fourthly, they return to their families in India heavily in debt and humiliated.